Join Our Newsletter
Shop Our Store
MAIN MENUMAIN MENU
By Jacob Paulsen on March 16, 2017 in Guns in the News 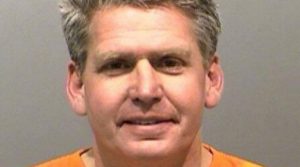 The jury was hung on three charges of illegal importing of weapons. Wyatt was taken into custody immediately following the guilty verdict in Denver U.S. District Court Friday afternoon and awaits sentencing at a later date. He faces up to 15 years in a federal prison for these crimes.

The jury found Wyatt guilty of failing to report $1.1 million in income to the IRS, conspiracy, and dealing firearms without a license.

ATF agents seized 583 guns and ammunition from his Gunsmoke store on March 31, 2015.

Wyatt had entered an agreement with the federal Bureau of Alcohol, Tobacco, Firearms and Explosives to relinquish his federal firearms license in 2009.

Even without a gun license, he was able to negotiate a lucrative contract with the Discovery Channel that would eventually pay him about $500,000 in 2011 and 2012 to star in “American Guns,” which revolved around activities at his Wheat Ridge shop, Gunsmoke Guns.

According to court records, Wyatt kept his business running by conspiring with the owner of Triggers, a gun store in Castle Rock, to operate Gunsmoke under a straw license.

When Triggers also surrendered its firearms license, Wyatt conspired with other gun dealers to keep his business afloat, records indicate. His customers would buy a gun from him at Gunsmoke and then go to the other stores for criminal background checks and to pick up their weapons.

Riley was Great in the class and kept everyone awake and waiting for more. The information was spot on. I have been a Gunsmith and dealt with firearms for along time and deal with a lot of folks that shoud take this class just for there own saftey and that of others. Not just for CCW. I do recommend this class to anyone that uses Firearms for any reason to understand the laws and safety.

If you’re looking to apply for a concealed handgun permit, Colorado Firearms Training is the place to go! They will train you thoroughly and you will not leave with unanswered questions! The instructors seemly have infinite knowledge and can answer any question you throw their way. You will gain great knowledge, hear good stories, and have some good laughs all within a three hour period of time! When you leave, you will feel confident in basic firearm usage and characteristics as well as Colorado’s carry laws.  I recommend CFT to anyone and everyone, from beginner to advanced skill levels, who is looking for a competitive edge in real world, honest training!

The instructors seemly have infinite knowledge