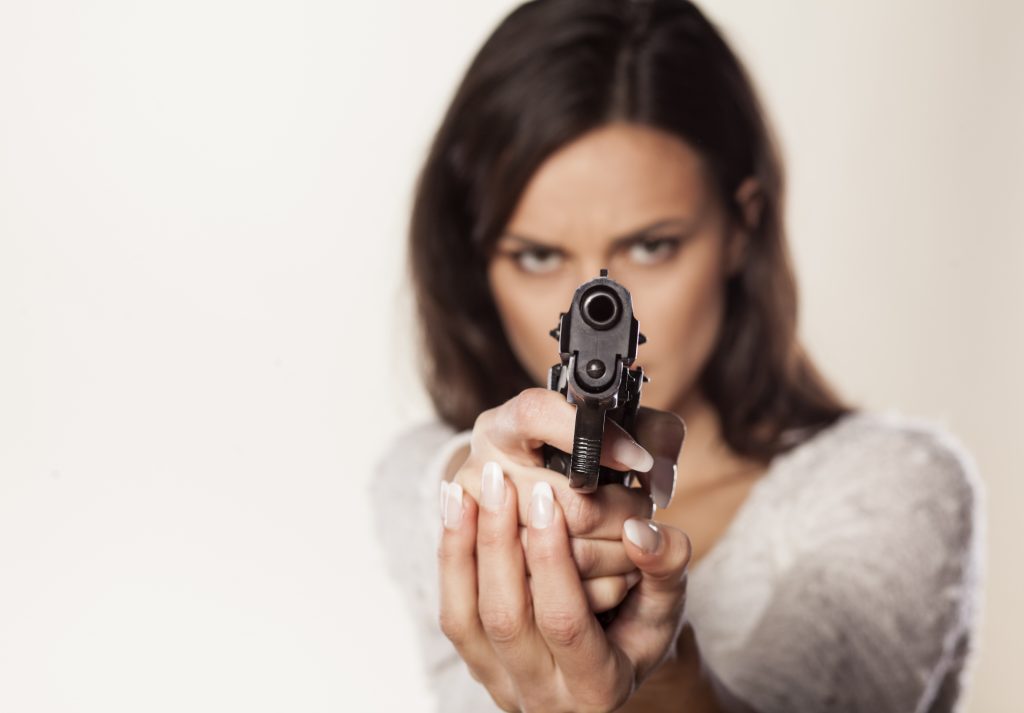 Commerce City, Colorado – Commerce City Police Department (CCPD) reports officers were dispatched to a report of a shooting at around 11:30 a.m. Sunday morning.

Officers arrived at a residence located at the 14700 block of East 104th Ave. and spoke with a woman who said she is a realtor who was running an open house at the Aspen Hills condominium complex.

According to the victim, she was approached by a man she described to be in his late twenties to early thirties. The suspect pulled a knife and threatened her with it, demanding she turn over her valuables.

The victim was able to get to her gun and fired one shot at the would-be robber. The suspect immediately turned and fled the scene.

Officers were unable to locate the man and confirmed that he is still at large at this time. It is unknown if the suspect was struck by the shot, but his victim was taken to the hospital for treatment of “non-life-threatening injuries.”

Realtors often are alone with people they don’t know in empty homes as they show around prospective buyers. Identifying where you may be at risk and planning ahead for the possibility of becoming a victim may be an essential part of your employment.

Fortunately for this woman, she was armed and able to defend herself against an attacker or this story may have turned out differently then a simple trip to the hospital for “non-life-threatening injuries.”

It can be more difficult for women to carry concealed compared to their male counterparts, due to limitations in fashion and a market focused on men making it an even more challenging.

Read here for an article by Jacob Paulsen on some CCW options for women that might work better then the one you are currently using.

Do you work as a realtor, or know someone who does and has had a situation like the one above happen to them? Share your experiences below.