Join Our Newsletter
Shop Our Store
MAIN MENUMAIN MENU
By Brian McLaughlin on December 3, 2019 in CCW In the News, concealed carry, DGU, Firearm Ownership, Guns in the News, Justified Shooters 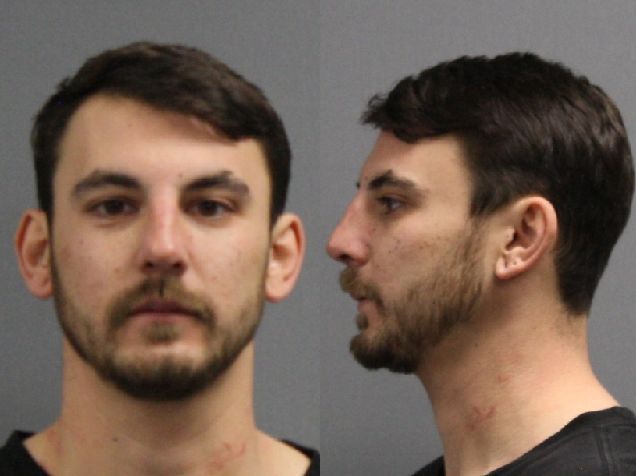 Summit County, Colorado — A man has been arrested in Summit County after assaulting another man, then being shot by the victim.

According to Summit County Sheriff’s Office, deputies were dispatched to a Dillon Valley condominium on Saturday at around 8:30 p.m. to a report of gunfire. When they arrived, they found several intoxicated people and were told a fight had broken out after derogatory comments were slung at each other.

The group said 29-year-old Tanner Hall had begun assaulting Maxwell Blank. Hall was pulled off of Blank by the others in the home, giving Blank the chance to escape to a bedroom.

Once in the room, Blank armed himself with a handgun, then tried to keep Hall out. But Hall forced his way into the room and a fight for the weapon broke out between them. Blank fired at least two rounds injuring Hall.

Hall then fled the residence before officers arrived. Deputies tracked Hall down at around 3 a.m. at his own residence.

He was then taken to Saint Anthony’s Summit Medical Center to be treated for his gunshot wound and faces charges of first-degree burglary, third-degree assault, menacing, bias-motivated crime, criminal mischief, violation of bond conditions and violation of protection order.

According to Summit County Sheriff’s Office Spokesperson, Erin Opsahl, Hall was charged with a biased motivated crime because,

“Explicit statements biased towards a sexual orientation and sexual identification were made by the suspect.”

Good home defense is planned, prepared, and trained for. Having a quality lock and door to your bedroom might help to barricade someone out, who wants to get in if the threat is already inside your home.

Having a quality medical kit in your home is important in the same way a fire extinguisher is. A good trauma kit to stop life threatening bleeding could be essential, not only in a home defense situation but in a variety of other home emergencies. Place it in an easy-to-reach area that you will see often to help remind you and everyone else in your home where it is located.

It isn’t enough to simply have the medical kit. You must also know how to use the items in it. Get trained and revisit that training often so you don’t lose valuable and perishable skills.

Read here for the Complete Home Defense – Tactics For Defending Your Castle for the latest tactics and techniques for home defense.

I was very pleased with the class and the professionalism shown by Jacob Paulsen. I took the class yesterday with my girlfriend. We are both fairly new to the gun world so we appreciated the pace of the class and came away with many topics for us to discuss together. I also enjoyed the fact that the class never became political or a soapbox for anyone to preach any social message. It was everything we needed and nothing we did not. Thanks