A Colorado law created in response to a June 2020 murder went into effect yesterday. The Isabella Joy Thallas Act makes it a crime if someone fails to report any loss or theft of a firearm to the police within five days. How will this law affect Colorado gun owners? And what can gun owners across the country take from the implementation of this law?

The Murder of Isabella Thallas: 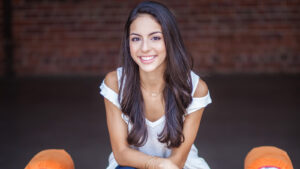 Close shot several rounds from an AR-15 at Thallas and her boyfriend named Simon from inside his apartment. Thallus was struck and died at the scene, while Simon was hit twice but survived.

Colorado requires a background check on all firearm transfers. As a result, the officer could not have let Close borrow the rifle without transferring the gun through a federal firearms licensed dealer (FFL), even if he wanted to.

In response to this crime, lawmakers in Colorado crafted the Lost or Stolen Firearms bill (SB21-078), which went into effect yesterday.

The law states that a person who owns a firearm and believes it is lost or stolen must report it to a law enforcement agency within five days of the discovery. Punishment for a first offense is a $25 fine. The second and any subsequent violation is a misdemeanor with a fine of up to $500.

Representative Leslie Herod co-sponsored the legislation and had this to say to reporters.

Lost and stolen firearms are found at crime scenes across the country every day, and data shows that tens of thousands of firearms have been stolen in Colorado in recent years. Unreported lost or stolen firearms make our communities less safe, and it doesn’t have to be that way. Timely reporting of lost or stolen firearms saves lives, helps prevent crime, and it’s the simple and responsible thing to do if you realize your firearm is missing. 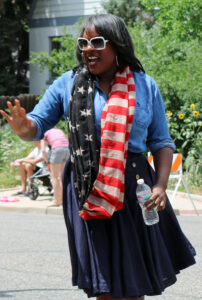 It’s easy to hear that statement and say, sure, it makes common sense. But is any of it true? Do unreported firearms make communities less safe? If so, what are the numbers? Does timely reporting of lost or stolen firearms save lives? If so, how and what are the numbers? Doe reporting lost or stolen firearms help prevent crime? Again, if it does, explain how.

I feel it is entirely possible to question the effectiveness or purpose of the law without diminishing the tragic loss of innocent life. We need to stop allowing politicians and media to assert “truth” without considering what they say.

Some Relevant Questions About the Law:

One relevant question would be, had SB21-078 been in effect at the time of this crime, would it have stopped this crime. The obvious answer is no. Not only did the law enforcement officer not know his rifle was missing, but the 5-day requirement in the law begins when the person becomes aware the gun is missing.

An argument could be that most people would know right away if someone stole a firearm from their home. Perhaps. But unless the person knows who stole the firearm, police can do nothing more than enter the firearm’s serial number into the FBI’s National Crime Information Center (NCIC) database.

The database helps return stolen property and track suspects to crime scenes, but it can’t prevent them from committing crimes. For example, let’s say the officer had a suspicion that Close was the person who stole his firearm. However, without a warrant, consent, or probable cause, police could not search Close’s home for the missing rifle.

SB21-078 doesn’t provide any additional justification to search someone’s home. In other words, it is a retroactive punishment of the gun owner that doesn’t seem to make the public any safer.

Even the punishment is diminutive. For example, a person faces a stiffer penalty for an expired parking meter than they would for failure to report the loss of a firearm. Part of punitive law is to dissuade a specific behavior because the punishment is unwanted. Do lawmakers think a $25 fine is sufficiently persuasive?

Do the lawmakers that drafted, argued, and voted for this law feel it will genuinely make Coloradans safer? I don’t claim to know what is in their hearts. I may be cynical. But, I will say that it appears that this is yet another example of politicians putting on an appearance that they care to distract from their incompetence.

What do you think about this law? Do you agree or disagree with my thoughts on the law? Will it make Colorado safer?

This was a great class. Information given was what you needed to know for gun carry. I learned some things I was not aware of even though I have been certified for 10 years. Would recommend this class for anyone interested in obtaining a ccw. Thank You Jon.

My wife and I took Riley’s class a couple months ago and it was great! He is very knowledgeable about firearms, and the Colorado laws. He covers firearm safety and function and had an answer to every question that came up. I highly recommend this class and hope to see these guys put together some advanced shooting classes in the future.

I highly recommend this class