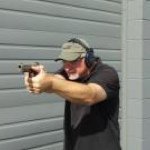 Bob Schneider is in his fourth decade as a certified firearms instructor. His experience includes a highly decorated career with the Denver, Colorado Police Department. Bob was assigned to the Department’s full time SWAT Unit for 18 years.

After retiring from Denver, Bob became a trainer with the world-famous Heckler and Koch International Training Division. There he was awarded the Trainer of the Year and eventually became the Director of Training.

After leaving HK, Bob went to work for the Sig Sauer Academy. He worked there for eight years teaching Armorers Classes. Bob helped to develop the GSR 1911 Armorers and Transition Course.

Bob is currently an adjunct instructor at the Gunsite Academy where he is a Range Master.

Jacobs expertise, professionalism and ability to take high level material and break it down to any level is amazing.  Not having extensive knowledge of guns and Colorado regulations, Jacob made the class easy to understand with real life instances.  Fantastic experience overall.

Ability to take high level material and break it down

Jacob was very concise in his explanations of the law, but I really appreciated his stance on the moral responsibility that comes with using firearms for protection. Really put it into perspective for me.

Concise in His Explanations of the Law