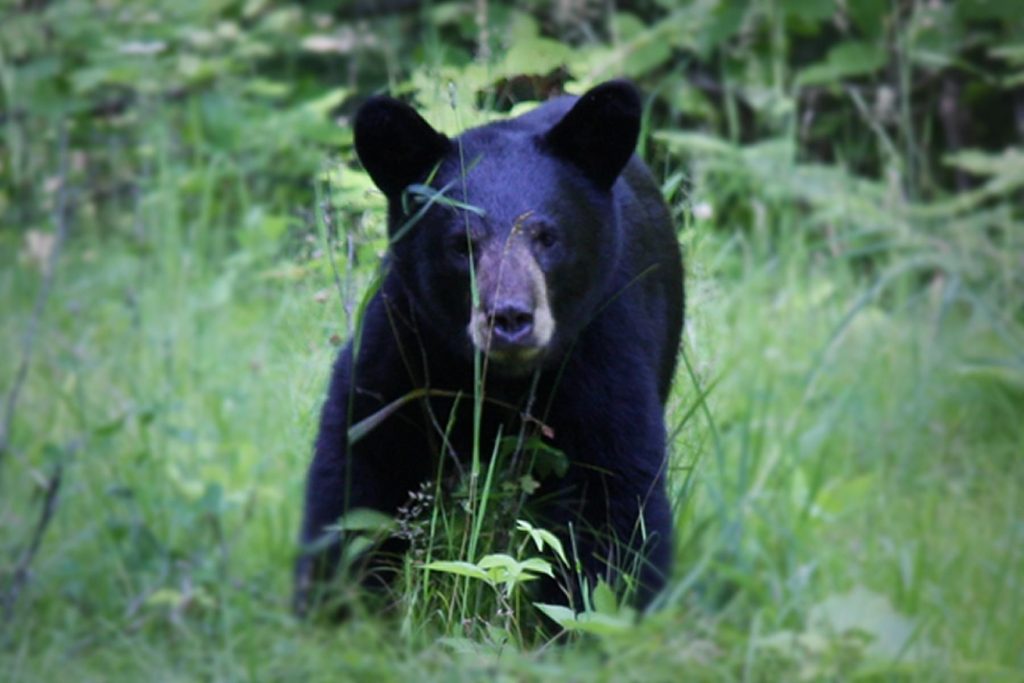 Vallecito, Colorado — A bear was shot and killed in Vallecito last Saturday after killing a number of chickens and threatening a homeowner and his family.

According to Colorado Parks and Wildlife (CPW) spokesman Joe Lewandowski, an adult black bear was captured and tagged with a monitoring device after raiding campsites in Lake Haviland on June 29th and relocated to Pagosa Springs.

That same bear was later reported in Vallecito acting aggressively with no fear of people and killing livestock.

On July 6th, the bear returned to the property and the homeowner reported the bear appeared to be stalking a 5-year-old boy who was in the yard at the time.

The bear was driven away but returned later that night, once again killing more livestock.

“Shortly after (the wildlife officer) drove off, the bear showed up again while the residents were doing some yard work,” Lewandowski said. “It came within 10 yards of them and was showing no fear of being near people.”

CPW officers set traps on the property on Sunday hoping to catch the bear but without success.

At around 8 p.m. that night, the bear reappeared after Bryan Peterson of Bear Smart Durango told Pine River Times he saw it breaking into a neighbor’s chicken coop an hour before the homeowner shot and killed the animal.

Lewandowski said the property owner was within his rights to shoot the bear out of season because he was, “… protecting his property so it was legal for him to kill the bear.”

“To keep bears from developing habits we don’t want, residents should be proactive and not wait until they have a bear in their chicken coop to address this,” he said. “No bear should lose its life due to chickens. Protect your investment, keep bears from lingering in your neighborhood and save bears.”

Home defense means you may have to defend you and your family from animal as well as human threats. Read this article on a father from Georgia who strangled a rabid fox with his bare hands before putting the deranged animal down with a shotgun.

Rob was a great instructor!  He obviously was well versed in the laws of concealed carry in Colorado as well as practical applications.

I thought the class was very informational, and presented very well by Jacob.Would recommend it to family and friends.