An incident in Colorado Springs, Colorado, shows that it isn’t only good guys who stop bad guys.

In the early morning of April 30th, 2021, a man called the Colorado Springs Police Department. He notified them that some shot him in the head. 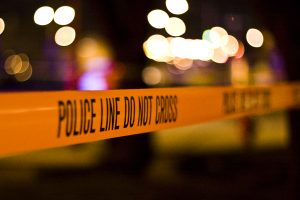 Police responded to the 5000 block of Ridenour Dr. on the northwest side of the Colorado Springs Airport. They found a woman on the scene, as well as the male reporting party.

The woman told police that the man was strangling her. And if his actions weren’t adequately indicating his desire, he also told her he would kill her.

The woman feared for her life and was able to access a handgun. She shot the man in the head, which seemed to persuade him to stop doing what he was doing.

The man survived his injuries, and Police found that the evidence supported the statements from the female victim. He received medical attention, and the Police arrested him on assault charges.

It appears that the victim and suspect knew each other. However, the police did not release their exact relationship.

We Wish We Knew More:

We all want to know more details.

These are just a few of the numerous questions I wish I had the opportunity to ask her.

Even know the incident is thin on details, there are just a few things we can take away.

We must prepare to defend our lives. Do you have the correct defensive mindset?

If you are new to firearms, consider checking out our catalog of training courses covering topics like basic safety, self-defense shooting fundamentals, vehicle tactics, home defense, medical and legal considerations.

I thought Jacob did a great job and was able to divert unnecessary questions from the participants making it a more informative class.

The class was informative and very interesting .my wife who was afraid to touch a gun before feels much more comfortable after the class and now even goes shooting with me. I also plan to have my kids take the class.