A Republican State Representative in Colorado had an embarrassing incident that might even be a severe violation of Colorado law.

According to local news station Fox31, when Representative Richard Holtorf made his way into the House Chambers, his concealed carry gun dropped to the floor. The gun didn’t go off, and no one was injured. However, that didn’t prevent this incident from generating strong responses from both sides of the political spectrum. 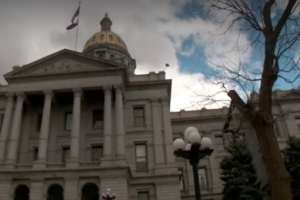 It doesn’t appear that any exemption exists that would allow lawmakers to carry their guns in the Capitol when the commoner cannot. But that doesn’t mean it isn’t happening or that lawmakers live by a “different code.” 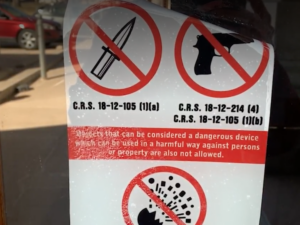 A representative from the Colorado State Patrol (CSP), which has jurisdiction in the Capitol, stated:

Currently, we’re looking at all applicable laws as it relates to this incident and how they may apply specifically.

Does this mean Rep. Holtorf will face criminal charges? Who knows. I would bet on no, because based on what a fellow State Representative Tom Sullivan (D) said:

They have said over the years, in debates over the years that they are concealed carry permit holders and that they bring them [handguns] with them all the time [to the Capitol], I believe them.

If this is true, more state lawmakers than Holtorf routinely bring their firearms with them, and I would bet there are Democrats on the list too. So I’m more inclined to believe nothing criminal will happen to Holtorf, but lawmakers will adopt defined rules to prohibit lawmakers’ firearms in the Capitol.

Much different than what would happen if you or I violated the law, right? 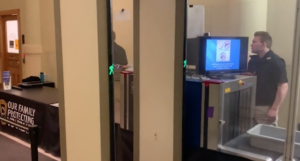 Lots of people say incidents like these make gun owners look bad. I agree, but it’s not my primary concern. Anti-gunners don’t differentiate the gun from the gun owners. This is the reason they don’t mind if you become a felon for owning a 30-round magazine, even if you have never violated a law in your entire life.

I am not saying that following the law isn’t important, just that it won’t appease the anti-gunners. Representative Tom Sullivan said:

These are people that profess to be law-abiding, responsible gun owners and to have something like that happen appears to me to be an irresponsible act.

I’m more concerned with the “rules for thee but not for me” attitude of lawmakers.

I’ll make a general statement, not directed at Rep. Holtorf.

If lawmakers had to live by the same rules we do, they might fight harder to get legislation passed. I’m saying that if a representative knows they can circumvent the law and carry a gun where it is prohibited, they don’t relate to the burden it places on law-abiding gun owners. 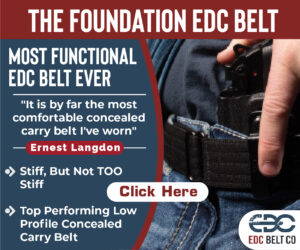 We all have a responsibility to do what is right, even if we aren’t carrying a firearm. Mistakes happen, and we know guns don’t go off just because they drop to the floor.

With that being said even as rare as these incidents are, we still need to do everything in our control to guard against them happening.

The reports don’t say how Rep. Holtorf carried the gun. Perhaps he had it in a bag. While off-body carry isn’t ideal, there are ways to properly carry a firearm in a bag safely and securely.

Maybe he carried it in a holster. We talk a lot about the attributes of a good holster and the purpose behind our reasoning. The holster should be specific to that gun and attach the holster to the body securely.

I have no idea if Rep. Holtorf carried with a shoulder holster, but a gun in a shoulder holster that isn’t secured is at risk of falling out as soon as the person bends over. Could this have been the reason? I don’t know.

However, it’s worth thinking about how you carry your gun and if it is really as secure as you think.

This incident looks bad, not just for Rep. Holtorf but for gun owners. It may result in legal troubles or fines for the Representative and stricter gun laws.

What do you guys think? Let us know in the comments below.

Posted in CCW In the News and tagged ccw, colorado, hangun, holtorf

I thought the class was very informational, and presented very well by Jacob.Would recommend it to family and friends.

Jacob Paulsen offers a quality concealed carry presentation containing a solid mix of opinions, facts, stats, laws and humor that is on target and kept the presentation interesting. I highly recommend Jacob as your choice for a CCW instructor.

I highly recommend Jacob as your choice for a CCW instructor