Today, a man and woman are in jail after their 4-year old child died of a self-inflicted gunshot wound to the head yesterday. How did this tragedy happen, and was there anything the couple could have done differently so that their child would still be alive? 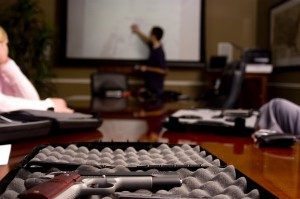 We Believe Our Mission is Important:

Our company’s mission is to provide knowledge and training to firearm owners so that protect themselves and others responsibly. You can see our complete mission statement here.

Some of the content we publish is an opinion, think of gear reviews, or our take on a piece of gun legislation. Other content is born of much research and observation and has significant safety or survival implications.

That is why last month, I wrote a post titled Stop Using Your Car as a Holster. In the post, I present six reasons why your handgun should not be stored or carried in any other method than in a holster on your body.

One of the six reasons mentioned in the post is- unauthorized access by children. As you probably guessed by now, the horrific incident involving the 4-year-old occurred inside a vehicle.

According to news reports, a father and mother along with two children were in a vehicle. The father exited the car to go into a store and make a purchase. However, he left his firearm inside the car with the two children and their mother.

It is unclear if the male removed the pistol from a holster and left it behind because he had to go into a gun-free zone or was left routinely inside the vehicle. 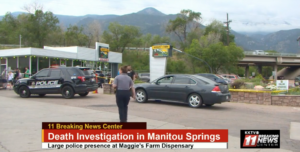 The report also does not describe where inside the vehicle the gun was left. Was it in a car holster, center console, backpack, etc. we just don’t know? What we do know is that it was accessible to the child and loaded.

The mother and children waited in the vehicle. At some point, the 4-year-old retrieved the handgun and shot himself in the head. The child died on the scene from his self-inflicted injury.

A couple of quick observations:

The type of handgun used does not matter.

If the firearm had a manual external safety or not is irrelevant. A child can quickly disengage a manual safety.

Nor does the trigger pull weight have any bearing on this tragedy. Most 4-year-olds possess the requisite strength to squeeze a double-action trigger and fire the pistol. 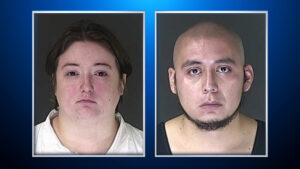 The parents of the deceased 4-year-old likely never thought their child would access the firearm.

We also can’t blame the child even if they were taught never to touch a gun.

My dad had loaded firearms all over the house when I grew up. I was taught never to touch them, and if I did, I would get my butt whipped.

You obeyed your parents and never touched the gun. You made it, many children have not.

Should we say any child who shoots themselves deserves what happened because they disobeyed their parents? This doesn’t mean we shouldn’t teach our kids firearm safety. But recognize the reality is children occasionally disobey their parents.

The Responsibility is Ours:

Who is responsible for gun safety? The child or the owner? If you have trouble answering that question, I pray you seriously consider what responsibilities you have not only as a gun owner but as a parent. 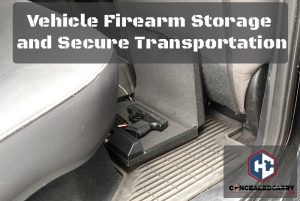 The reason I wrote this post is not so I could say, “I told you so.”

Instead, I pray to God that I could be proven wrong and that leaving an unsecured gun in the car would never lead to a child’s unnecessary death.

But, unfortunately, I have done the research and know this isn’t the case. This story is just one of many similar incidents.

The purpose is to address a significant number of social media responses to the original post. Unfortunately, many readers discounted the warnings of the post. The typical justification is that they can access the gun more quickly if they use a car holster. This reason is probably factually accurate.

However, the downside of this practice far outweighs the speed concern. Especially when you could access the firearm from your on-body holster, nearly as fast as you could with a dash-mounted holster through training. 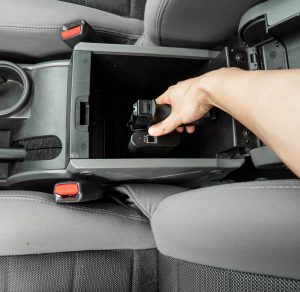 We have to balance firearm accessibility with security. On-body carry is best. If you must off-body carry, a secure option like this from VaraSafety is preferable.

Some equated the gun to a cell phone and said in the same way people don’t forget their phone in the; they likewise wouldn’t forget their gun. There are a few problems with this argument.

First, people forget their cell phones in vehicles all the time.

Secondly, the potential ramifications from forgetting a cell phone inside the vehicle, are far different than those associated with a firearm.

And finally, people forget that others have tragically left their children in vehicles. At times all humans forget things, it’s kinda inevitable.

Again, we don’t know how the father stored the gun inside the car. We just know it was left behind.

We also know that the mother was in the vehicle with the children the whole time. Does the mother have culpability?  Should she have paid better attention to what the children were doing?

Did the mother even know the gun was in the vehicle? If she didn’t, would it be reasonable to assume the father left a loaded gun within the children’s reach?

Is it plausible that a responsible parent could look away for any period in which a child could access a firearm? Have you ever sat in the car or a room with a 4-year-old and looked away for more than 30 seconds? How long does it take for a child to get a gun and squeeze a trigger? 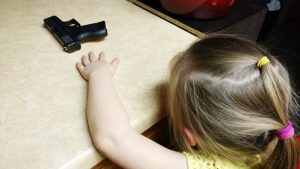 Imagine the depth of despair, regret, remorse, and pain the parents have and will have for the remainder of their Earthly life. Even if they taught their child not to touch a gun, does that take any of this grief away? Does their arrest bring the child back from death?

What happens with the other child? If there are responsible family members, the child may be with them. If not, the other child is with state child protective services. Does anyone think that child doesn’t desire to be with their parents?

The impact of our decisions is like ripples in water, expanding out and affecting many more people than we may realize.

Don’t mistake these words as somehow a defense of the parent’s actions. They are ultimately responsible for their child’s wellbeing. Perhaps they, like some of the readers of the original article, never thought about the downside of not carrying the gun with you.

I just wanted us to pause and remember that they are people who made mistakes, and we also make mistakes. The way we reduce the likelihood of tragic outcomes is to consider what the best practice is. Then implement this to limit our exposure to risk and mistakes.

Take Time to Learn From Others:

Be responsible and thoughtfully consider the sincere advice to keep the gun on your person in every possible situation. If you need to train a bit more so you can access your firearm from a holster on your body, do it. This behavior is the responsible thing to do.

And when you simply cannot keep it on your person, store it safely.

Through tragedies like these, may our eyes and hearts be opened to resolve to be responsible gun owners so that our actions result in only good and not harm.

If you’re a new gun owner, I recommend checking out our FREE Gun Safety Course. The course is not just for beginners but anyone looking to learn how to be safe with a handgun in the context of home and self-defense.

Mr Bowman did an outstanding job. Interactive and use of props was excellent. I will be recommending my friends and family to his class.

interactive and use of props was excellent

The best class out there.  I took this class with my wife and we were so impressed that we still talk about the information that we obtained that day.  I remember that Mr Connell said that he hopes that everyone that took his class would have at least one “a-ha” moment during the time he spent instructing, I think it was more like 50 for my wife and I.  Thanks again Rob. You did a fantastic job.